Lidia Garcia teaches guitar classes at the Shine Music School in Barcelona. She specialises in our combo classes and electric bass.

Born in 1994 in Sant Joan Despí, Barcelona, ​​when she was only 10 years old, she began to study flamenco guitar with Manuel Moreno. Later, in during her adolescence, the electric bass caught her eye and she began classes with the Argentine musician Leo Hipaucha, at the Aula de Música i Teatre de Sant Feliu de Llobregat.

Upon finishing her Secondary Education Lidia enrolled in the Taller de Músics, where she finished the Intermediate Grade and later the Superior Grade, specialising in Jazz Interpretation and Modern Music.

While studying she was also active professionally. Often sharing the stage with musicians such as Joana Serrat, Fermín Muguruza, Amelia Bernet, Raül Reverter and Mone Teruel. Lidia has been a regular musician in the open-mic jam session at the Jazzsí Club for 4 years, together with the band Força 4. 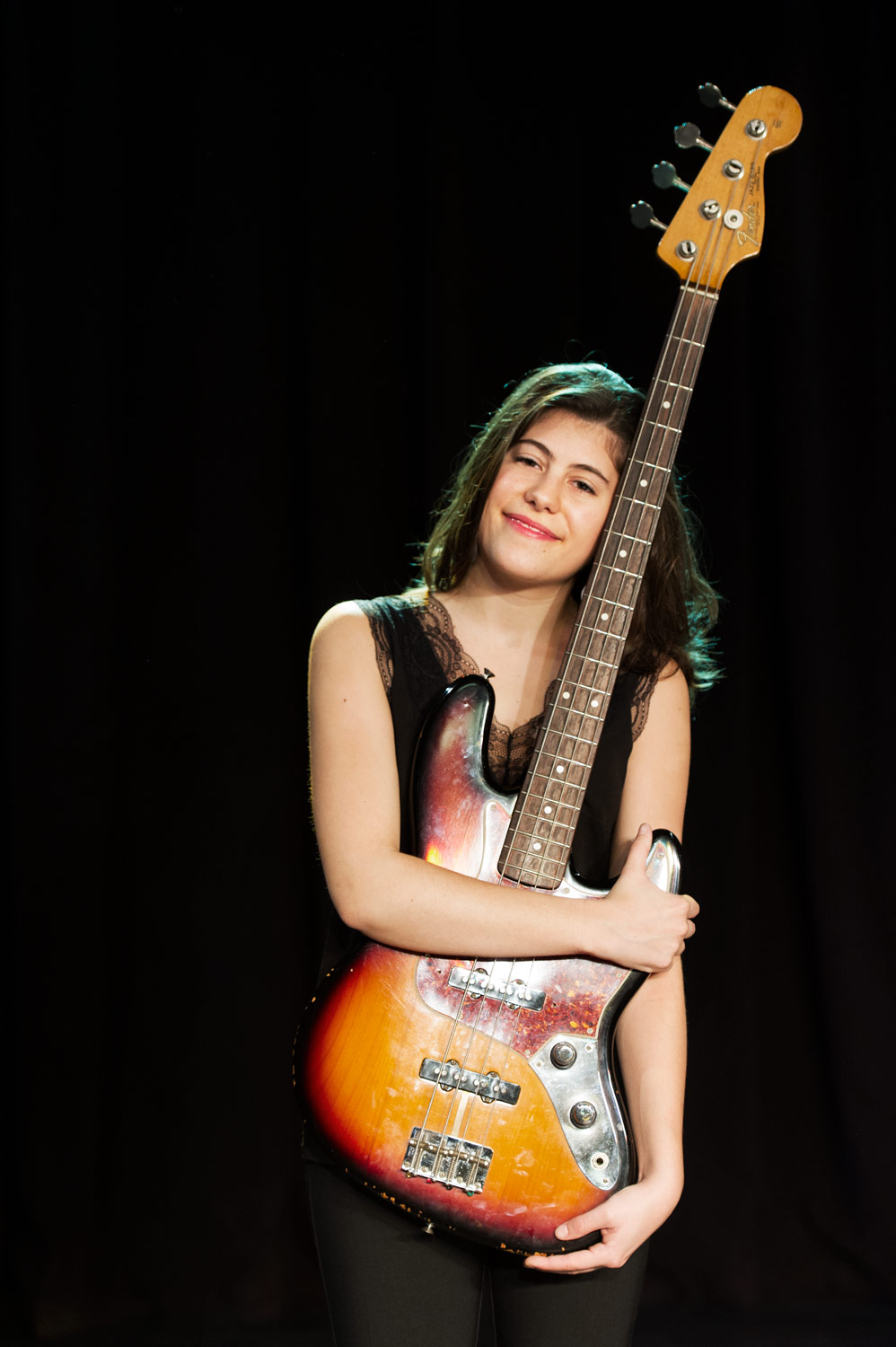 Sign up for a class or combo with Lidia Garcia!

Currently Lidia is teaching music and continues to be active in projects in the music scene in Barcelona such as: Matizz Band (latin-jazz), Esas Music (soul), 5 Sur Ensamble (Latin American music), and Micaela Chalmeta Big Band, a funk-jazz band, formed exclusively by women musicians and directed by the renowned trumpeter David Pastor.