Dusan teaches guitar at the Shine Music school in Barcelona, with an emphasis on Jazz, Blues, Rock and Electric Guitar.

Dusan Jevtovic is a Serbian artist and guitar tutor, currently living in Barcelona, Spain. He has two solo albums to his name, and is currently affiliated with US jazz and jazzrock specialist label Moonjune Records. He has a long live and recording relationship with drummer Xavi Reija and bassist Bernat Hernandez, has performed live with Spanish singer/songwriter Rafa Pons and most notably with Palestinian activist and artist Rim Banna. The ongoing project with Banna has seen him performing in many and at times exotic, locations, from Gaza’s west strip area to the acclaimed International Music Festival Mela in Oslo, Norway. In addition, Dusan currently has musical projects running with fellow musicians in Baku, Barcelona and New York.

Dusan’s work can be found on the following albums where he has performed as a solo artist- LIVE (Moonjune Records 2015), Am I Walking Wrong? (Moonjune Records, 2013) and On the Edge (L’indi Records. 2009). 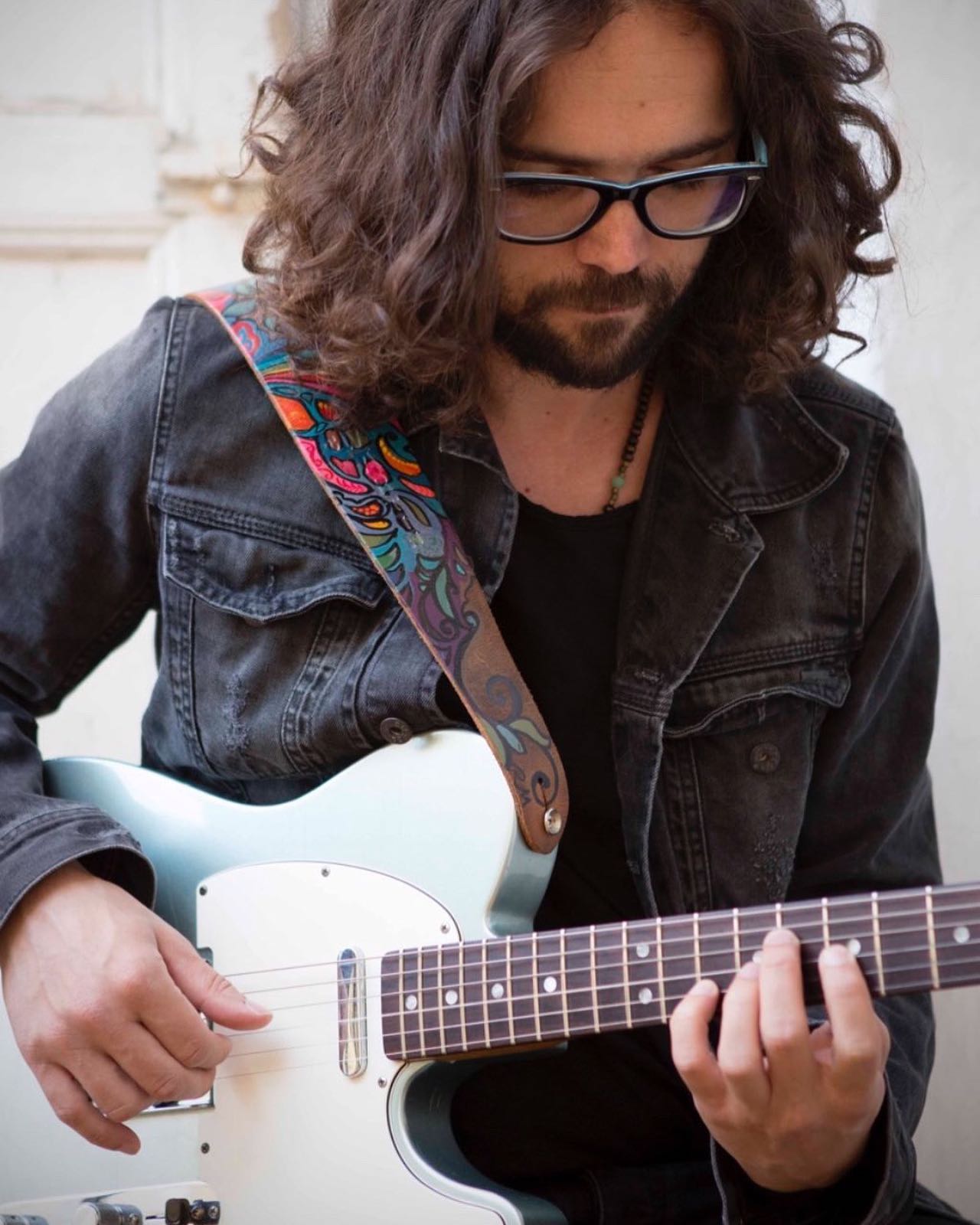 Book a lesson with Dusan Jevtovic, contact us now!

See more of Dusan’s work on his website here.