Dani Puchá teaches violin at the Shine Music School in Barcelona. He specialises in both jazz and contemporary violin, as well as musical composition.

Dani Puchá descends from a long line of musicians, beginning his musical studies at the hands of his father at a very early age. He entered the Salvador Bustamante Celi National Conservatory of Music in his hometown, Loja in Ecuador which is known for its deep musical roots. Here he had his first contact with the violin and became part of the Municipal Symphony Orchestra of this city.

In the year 2000 he moved to Spain, continuing his musical studies at the José Pérez Barceló Professional Conservatory of Music in Alicante. He attended classes with O. Huth, Luis Carlos Badía and J. Palomares, performed as part of the ProMúsica Symphony Orchestra, and completed Harmony and Improvisation courses with Lolo García, Javi Justo and Pedro Iturralde.

In 2005 he studied at the Modern Music and Jazz Classroom of the Liceu Conservatory in Barcelona, ​​where he received classes from professors such as Ernesto Briceño, Jon Robles, Gaby Ardebol, Miquel Ayet, Pablo Galak and Gonzalo del Val. At that time he was part of the Ibero-American Chamber Orchestra of Catalonia, the groups Puruhas, Adyo, the New Concept Orchestra and the Oxmedh Quintet.  His continuing musical career led him to study the higher degree of music in the specialty of jazz and modern music (ESEM) Taller de Músics in 2015. Here he attended numerous master classes by the likes of Christian Howes, Gilles Apap, Perico Sambeat, Omar Sosa, Sergi Vergés, Chris Cheek, Casey Driessen, Jerry Bergonzi and Joan Albert Amargós among others.

He composes music for children’s groups, for string quartets, Big band and different instrumental groups. Among other projects, he directs the Anqa big band, is part of Shungo Quintet, Saihua and Art.eria. Dani brings his musical experience to his violin lessons and students benefit from his hard earned musical accomplishments. He has performed in different countries in Latin America and Europe. 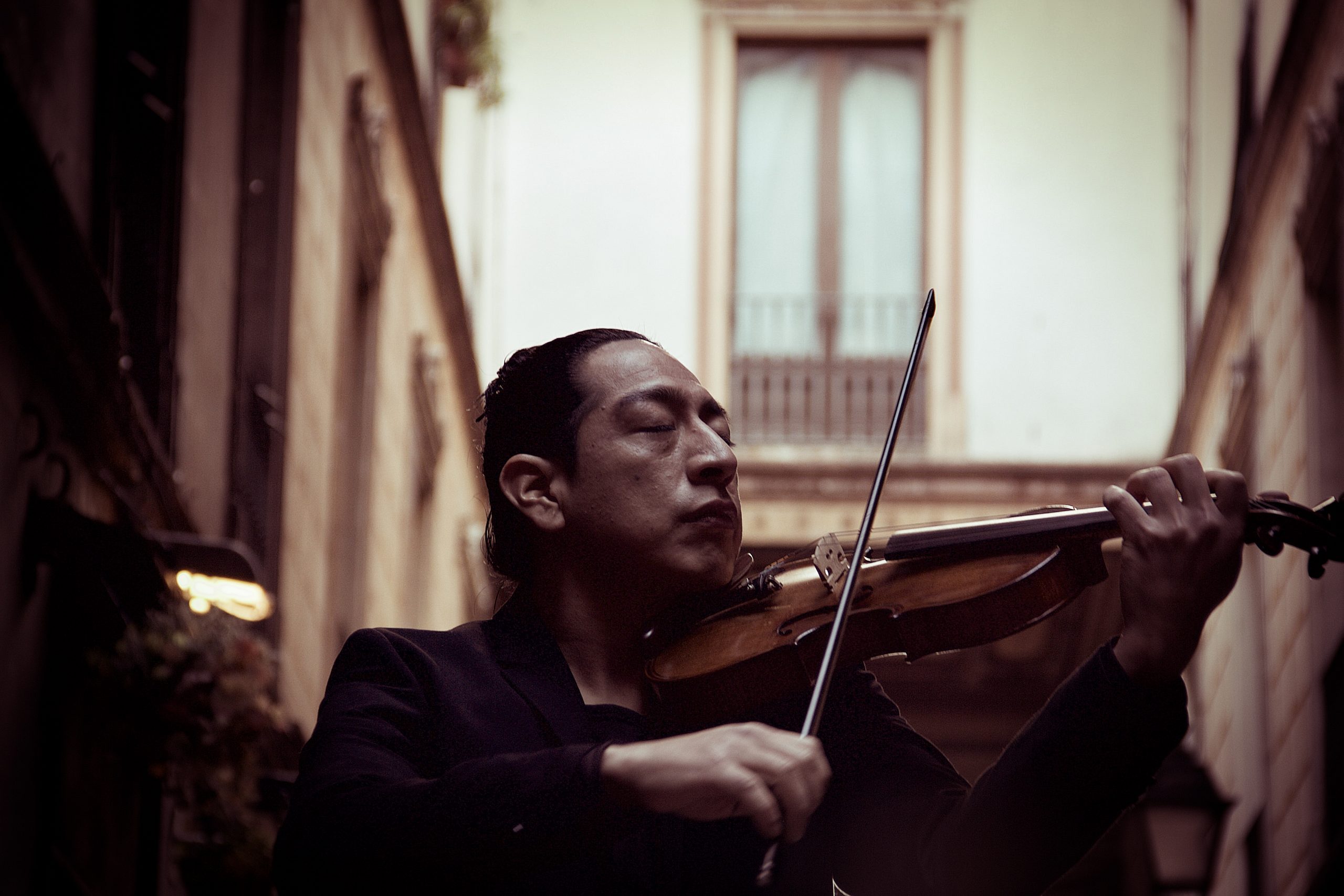