Júlia Tricas Dalmases is a musician, actress, and dancer, she specialises in teaching piano, singing, guitar, body awareness, and music awareness to children at the Shine School of Music in Barcelona.

Her first approach to art was through music, which she began studying at a very young age. Júlia graduated with a Professional Degree in piano at the Municipal Conservatory of Barcelona and was in several choirs of classical, jazz and modern music. She finished as a semifinalist in the OH Happy Day contest on TV3 with the vocal group “Cóctel” in 2016.

Julia also plays the guitar and the ukulele and has performed in a voice and guitar duo in several small bars in Barcelona and Cadaqués. She entered the world of theater and dance at Eòlia Escola Superior d’Art Dramàtic (Barcelona, ​​2014-2017). There she discovered an interest in body awareness with Teresa Garcia Venezuela and the pedagogy of Awareness Through The Body.  Simultaneously, she trained in contemporary, jazz and classical dance in Barcelona and Chicago. Her travels took her to study theater at the University of Illinois in Chicago for a year where she explored dance and theater composition techniques such as Viewpoints, among others. Julia graduated in Dramatic Art and obtained a degree in the Estill Voice Craft 1 and 2 singing method, at Escuela Eòlia. 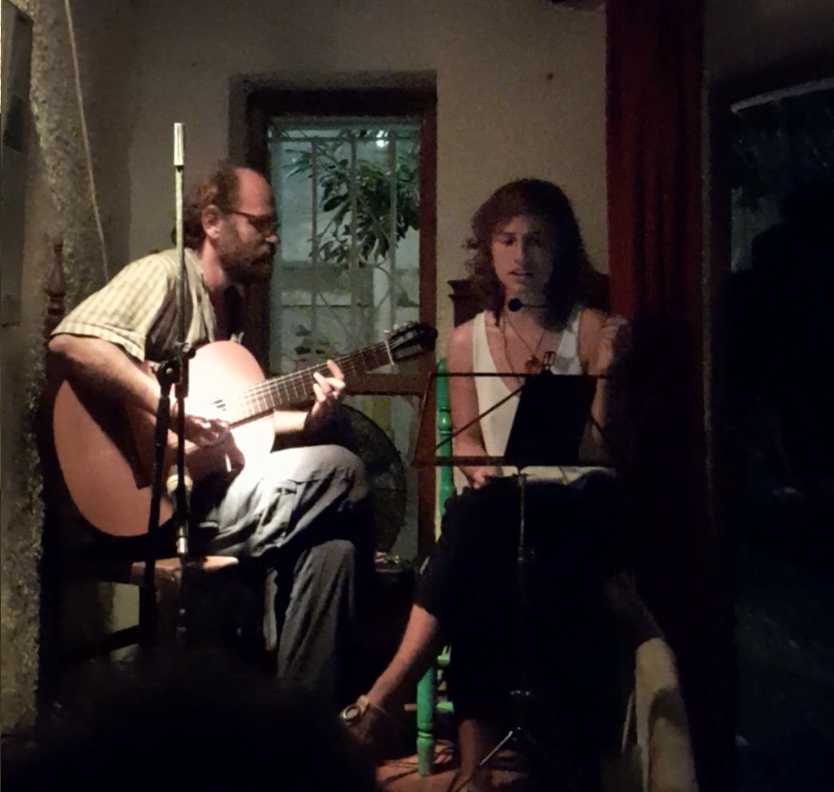 Currently, she is a music awareness teacher for children, teaches piano and composition at the Shine School while working on a process of creating theater for the Las Criadas company, at the Dramatic Art School Laboratory and the Drassanes Civic Center.