He later carried out advanced studies in harmony with Edgar Ferrer; composition with José Luis Merlín and guitar with the Mtros. Javier Bravo, Victor Villadangos and Miguel de Olaso.

He has given concerts in important venues in the city of Buenos Aires such as: Casa de la Cultura, Colegio Nacional Bs. As., José Hernández Museum, National Library, Legislature of the city of Bs. As, Scala de San Telmo, among others . He has also participated in the DVR cycles of Mtro. Juan Gallino sharing the stage with Mtro. Victor Villadangos; Cycle “Jóvenes en la Clásica” of Radio Nacional that takes place in the AMIA auditorium; Guitar Festival of the Juan José Castro Conservatory; and Festival Arpeggiato del Mtro. Esteban González Carbone.

He participated in the radio program “De Segovia a Yupanqui” on LRA Radio Nacional Clásica, 96.7 FM on two occasions. In the first place with the Soprano Silvina Martino and Dr. Silvina Luz Mansilla, on the occasion of celebrating the birth of Carlos Guastavino. Second as a soloist. 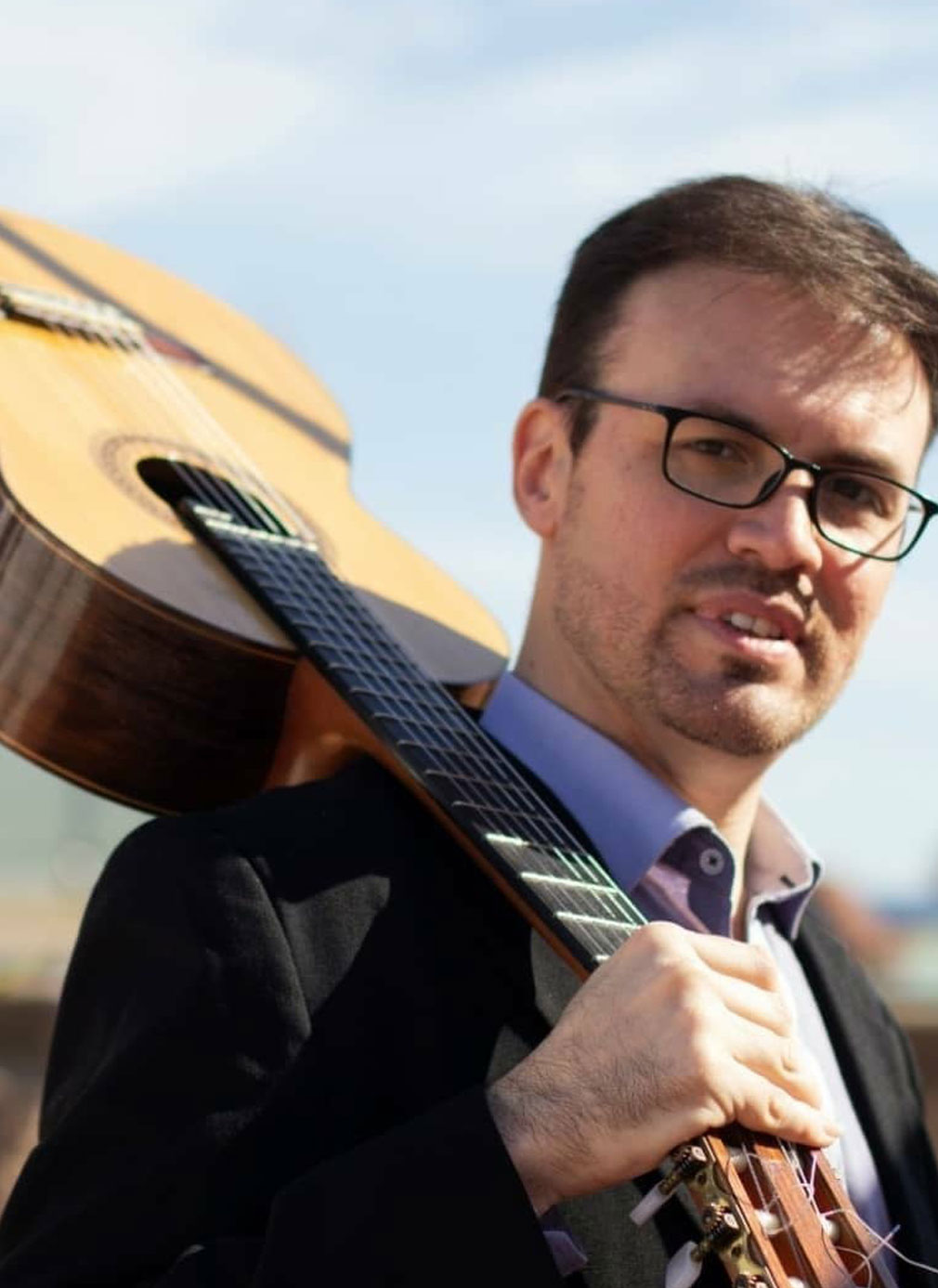 Book a lesson with Juan Pablo Bettinotti, contact us now!

He was also interviewed on the program “Sabor a Guitarra”, produced by the project “Guitarra a la Carta”, directed by Ricardo Louzao.

Together with the Denak-Bat Camerata he performed the first audition outside the Basque Country of the “Sacred Concert” for guitar and string orchestra by Father Francisco de Madina (1907-1972) under the direction of Mtro. Pedro Palacín (Euskadi). He also made the transcription and premiere of the work “Abril” for song and guitar by the composer Laura Otero in the framework of the concerts of the Foro Argentino de Compositoras.